Do You Know How Big is the LIC GROUP?

Namaste India
LIC is one of the biggest investment corporations in India, in fact, you can say “one of the biggest in the world”. Holding a total asset of $500 billion, it is owned by the Indian government.
But it was not a single entity from the beginning. During the year 1956, over 245 insurance companies and provident societies were merged to create the state-owned Life Insurance Corporation of India.
It also has around 290 million policyholders across India, making it the highest ever policy holding company in India for a very long time.
Headquartered in Mumbai, the company has settled around 35 million claims in the year 2020-2021. That’s a very huge number compared to other privately owned insurance companies.

Why is it so popular in India?

Unlike top private insurance players, LIC is government-owned. And it has been in this business for a very long time. LIC has been able to hold on to the majority of market share unlike other
public sector companies like UTI, which have faded away. The company has become more transparent and performing efficient business since 2001.
The other main strength is the ever-growing number of LIC agents which is around 13.5 lakh. Compared to agents working in the private sector, LIC pays well for its agents, and that in turn provides fruitful business to the company.
And in terms of rejection, LIC’s ratio is 1 out of 100 compared to 8 out of 100 for the private players. The truth in LIC by its policyholders is a big boost to the company and that keeps on growing
year after year.
The company also has high trust in the public for both life insurance as well as investment done with them. LIC is synonymous with insurance in India. 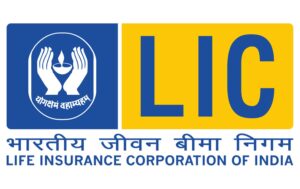