The ‘2-minute noodles’ saga in India is a very popular one. Even though these so-called ‘2-minute noodles’ cannot be cooked within 2 minutes, they offer consumers to cook them in a quick and easy way to fill the stomach. Just Cut, open, pour, cook and it is ready.

The company behind this product is Nestle, a Swiss multinational food brand that makes chocolates, milk products, noodles, etc. Maggi is one of the popular sub-brands of this company in India. It is so popular that it has 75% of the market share in the ready-to-eat food sector.

By purchasing and consuming Maggi, we are not only buying a foreign company product, but also ignoring its most close competitive product ‘Yippee’. Most of us know that Maggi was banned in India during the year 2015 when it was found that a compound named ‘Monosodium glutamate’ was present in the product 17 times higher than the allowed limit. The compound, if consumed more than the permissible limit will lead to cancer among humans.

Later on, the company took steps and rectified this problem and Maggi was back on sale after months of the ban. But I can tell you one thing, the taste that Maggi had before and after the ban is totally different. The brand ‘Maggi’ has of course regained its reputation among Indian consumers but I am sure some bad practices were done by taking advantage of Indian consumers back in those days.

Why to use a controversial product rather than a well know trustable Indian product?

And yeah, the taste of Maggi is not that much mind-blowing compared to other competitors. 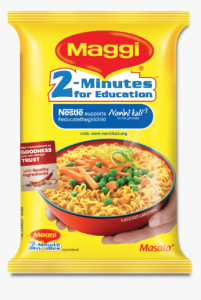 ITC is one of the most trusted brands and it has never come under any controversy or scrutiny.

As a consumer myself, I have tried Yippee Noodles many time and it offers a different masala taste compared to Maggi which will be liked by many people.

Sunfeast, a sub-brand of ITC is also well known for products such as biscuits and cookies. All we are saying is, ITC is a trust-worthy Indian brand, and Yippee is a very good alternative that is also tastier and healthier (no toxic substance). 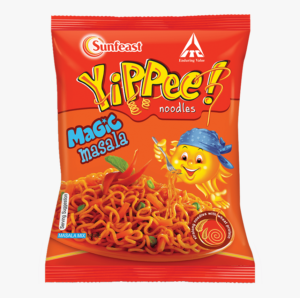