Namaste India,
today we will talk about the Indian telecom industry that has seen its own ups and downs. A decade back, we had foreign players such as Hutch( later owned by Vodafone), Virgin Mobile, Uninor increasing their monopoly in India.
Even their mobile plans were quite the same and not cheap. Indian private telecom companies like Airtel, Aircel, and Idea also didn’t offer any cheap mobile plans and their prices were similar to that of foreign companies.
But everything changed in our telecom industry when a new brand entered the race. And yes we are talking about Jio.
Jio took the telecom industry by storm that choked all the other companies in the sector. Some companies like Aircel and Uninor left the Indian market or filed for bankruptcy due to high pressure and competition in the telecom market.

So what did Jio do to create a huge impact?

Jio entered the telecom market in December 2015 by providing data and Talktime free for a year to new subscribers. This plan attracted a huge Indian customer base who were fed up by high mobile recharge prices from other companies. This approach that Jio used is simple. Sell. Land. Expand.
The company was literally burning its cash in the initial days just to attract customers and expand its business.
Not only this was a smart move, they also leased network infrastructure from other companies like Airtel and Vodafone, who at that time didn’t know that Jio was going to offer free plans during its launch.
With its aggressive marketing and pricing, Jio garnered 35 million subscribers within a year of launch. When the user base exploded, Jio started offering cheap plans for data/talk time and removed their free plans.
Even this move didn’t make the user base reduce its pace. Everyone in the country started to take notice of the cheap plans and still wanted to try Jio. This lead to other companies to lower their prices as well. Airtel and Vodafone literally went out of their comfort zone and started offering plans that are similar to Jio. 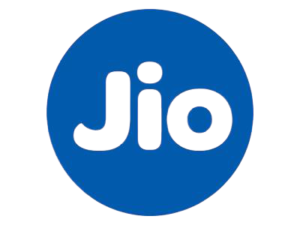 What benefitted us, the consumers?

Because of Jio, now we have cheaper plans from every other telecom company. Now we have got a lot of options to choose from and due to increasing competition, users are getting benefitted.
As an Indian consumer, we are proud to say that Jio changed the way on how we use mobile internet in our lives right now.

India has the most cheapest data plans than any other country in the world.
As of now, Jio has more than 388 million (38.8 crores) subscribers in the country and it is the largest mobile network in India and 3rd largest in the world. We are proud that an Indian company has managed to turn the telecom industry upside down by benefitting the customers and the Indian economy.
More and more Indian Companies like Jio should launch in India and a day will come soon where Indian companies are No.1 in all the sectors.